(It’s WrestleWeek on POP GOD! In celebration of WrestleMania 32 this Sunday we’ll be looking at the intersection of faith and wrestling. You don’t have to be a fan to hop in the ring on this journey. Read on to see how this fake sport provides real lessons for anyone who’s ever grappled with God.) 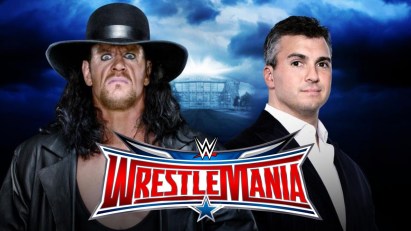 On Sunday April 6th, 100,000 people of all ages, races, genders and nationalities will congregate upon Cowboys Stadium in Dallas. This happening could possibly set an indoor attendance record. The fans crowded in will scream and cheer for 6 hours until the main event where 2 middle aged warriors will set foot in a predetermined battle inside a structure known as “Hell In A Cell”.

This, my friends, is WrestleMania.

If you’re not a wrestling fan this must seem bizarre to you. How is that professional wrestling can possibly draw so many fans to its biggest attraction? How is that the WWE Network is one of the top 5 streaming video services in the world? How is that WWE’s signature show “Raw” has been on the air for over 20 years and over 1,100 episodes?

The answer is actually quite simple. It’s all because in pro wrestling the story never ends.

The two main events of this year’s Wrestlemania highlight that. One features the current WWE Champion Triple H – a star of WWE’s legendary Attitude Era of the late 90s – up against the presumed heir to the throne Roman Reigns, a former football star turned grappler.

The other features The Undertaker – the legendary cornerstone of WWE for the past 25 years – facing off against Shane McMahon, the son of WWE COO Vince McMahon and essentially the prodigal son of pro wrestling.

The storylines for these matches have been brewing for years. Triple H orchestrated the betrayal of Roman Reigns by his tag team partner back in the summer of 2014. Ever since then Triple H has made it his mission to keep the WWE World Heavyweight Championship away from Reigns, even going so far as to leave his office job and get back into the ring to do so.

Shane McMahon’s story has been brewing even longer. In 2009 Shane left WWE in real life in order to build a digital media company of his own. He returned to to Monday Night Raw out of nowhere in February desiring to reestablish his legacy. His father Vince wasn’t as happy as the fans were to see him and decided to force him to compete against the greatest WrestleMania performer of all time The Undertaker in order to win a job back with the company. The Undertaker has a story all his own with a nearly flawless 22-1 WrestleMania record.

The reason this match is so important to fans is the because we’ve been following the stories of these characters for over 20 years.

Though WrestleMania 32 will be built up as the climax to these storylines, it won’t be the conclusion for either of them.

The night after WrestleMania the stories will continue. An episode of WWE Raw will take place just a few blocks away from Cowboys Stadium. WWE usually scripts this show like a Season Premiere of sorts with all sorts of surprise returns, debuts and shocking moments to trigger the next few months worth of storylines.

I believe this is what makes wrestling so engaging, what has kept me and millions have other fans watching for years and years. Week after week it rolls on. Characters return after years away and jump right back into familiar feuds.

As one rivalry ends another is quickly born to sell the next month’s pay-per-view event. As one character retires another is built up as the next main event superstar.

So many fans connect to this because the story of this life is a neverending story as well. Much like in wrestling, the story of God is telling has no end.

The story of the Bible is still playing out today. The story of God rescuing His chosen people isn’t just historical record. It’s currently in action.

Our lives are connected to the storylines of the characters who came before us.

The disciples, the prophets, the Israelites. From Adam and Eve to Mary and Joseph to the missionaries of just a few decades ago. Our story is the same as all of theirs because we are all connected to the greater story God is telling in the world.

Long after we die the story will continue. The role we played in it with our lives will live on with the legacy we create.

When we feel like what we’re doing doesn’t matter, when our life feels insignificant, we must not lose sight of the greater story being told. We are at the same time a small but significant part of the neverending story. Our actions truly echo in eternity.

The storylines at WrestleMania this year aren’t just weeks or months in the making. They’re actually loaded with years of emotion and intrigue that rewards fans who have been watching for the long haul.

We connect to wrestling’s neverending story because our heats long to be part of a neverending story. The good news is we are living in the midst of one. The triumphant story God is telling has been going on since before we were born and will continue long after we die.

Our stories are all connected. So let us step into the ring today and wrestle against the notion that our life doesn’t matter.

Because we are alive in The Story. And The Story never ends.

Thanks for joining me during WrestleWeek! Be sure to check out the rest of the posts and subscribe to Pop God to follow along for more posts seeking the presence of God in the present. 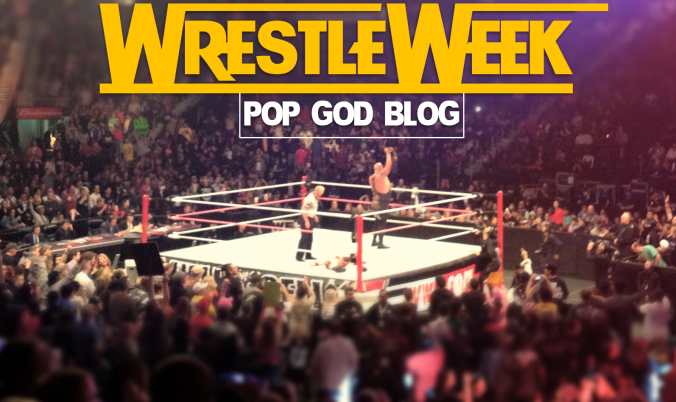 One thought on “The Story Never Ends”