Let me tell you about the worst Christmas present I ever opened.

My parents would sometimes allow me the scandalous privilege of opening up one present on Christmas eve. One year when I was 9 or 10 my eyes were drawn to a curious cylindrical package. With approval from my parents, I was able to open this gift early.

Filled with the giddy excitement of getting a head start on Christmas, I made confetti out of the wrapping paper.

Then, my heart sank. 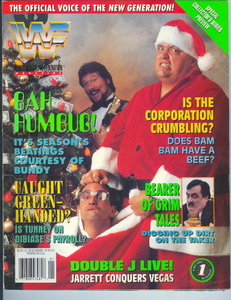 The gift I had chosen to open was a copy of WWF Magazine. Not a bad gift at first glance; as a huge wrestling fan growing up I was always eager to receive a new issue at the beginning of each month.

But this wasn’t a new or special edition of the magazine. This was an issue from a few months ago, wrapped up in new packaging. I had already read through this issue. What was it doing under the Christmas tree?

I stared at my parents in heartbroken disbelief. They tried to explain that the magazine was symbolic. The actual gift was an extended subscription to WWF Magazine for another year thanks to my grandparents.

What a great present! Except I wanted something cool and exciting that I could enjoy now. I didn’t want a figurative gift.

So I ran to my room in tears.

Not my proudest moment. But sometimes the best gifts come in unexpected packages.

Long before Jesus came into the world, creation yearned for a savior. And God promised one too.

Through the Old Testament God speaks of reclaiming his people. He speaks of vengeance, of waging war against evil, of bringing down sin and winning back creation.

And so, after generations of prophecy, God comes to do battle. And He comes as a baby.

Who brings a baby to a battle?

People must have thought for years that the savior would be a mighty warrior king who would take charge over his people, running roughshod over his enemies.

Instead, God entered the battlefield of the world as an infant asleep in a feeding trough.

God came through on his promises. He always does. Sometimes though, He likes to subvert our expectations. He doesn’t always do things the way we think He will.

Sometimes God dresses up warriors as babies. Sometimes He wraps up His greatest gifts in pain.

The Christmas season often brings unexpected pain and tragedy with it. We unwrap what looks like a gift only to find incredible disappointment.

If you want to avoid having the worst Christmas ever, you must be patient. You must be prayerful. You must trust God knows what He is doing, even when what He gives you is disappointing.

Next time you ask for a gift from God, don’t run crying when what you get doesn’t look like what you thought it would. What looks like the worst Christmas gift ever may turn out to be the one that changes everything.

What’s the most disappointing Christmas gift you’ve ever received? Have you ever seen God take a disappointment and turn it into a blessing? 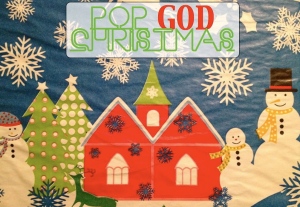