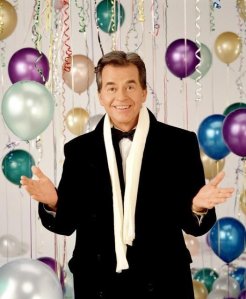 We can all agree that Dick Clark was a saint, but pawning off blatantly lip-synched performances as an incredible treat to watch was not his finest quality. Unfortunately, most of our resolutions have the same hollow quality as a prerecorded Katy Perry song.

Look, you’ve probably read your fill of New Year’s blogs by now. Seems like every year more and more people are deriding the idea of a New Year’s Resolution.

Every writer has a statistic backing up their bulletpoints on how most resolutions never make it into February. I read a blog by Jon Acuff the other day where he said, “Waiting until January 1st to do something awesome is stupid and fake.”

I’m a huge fan of Jon, but I’m on the other side of the fence here. I am an avid supporter of New Year’s Resolutions. END_OF_DOCUMENT_TOKEN_TO_BE_REPLACED 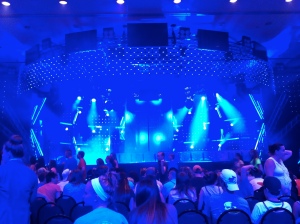 You’re never too old to learn something from youth camp.

Last week I took my students from The Hill Baptist Church of Augusta, GA to Big Stuf camp in Panama City Beach, FL. Together with about 1500 other students we laughed, sang, and learned together about God’s Reality.

This is the 25th year of Big Stuf. Each summer founder Lanny Donoho and a crew of speakers, musicians, magicians, acrobats, and comedians have come together to proclaim the crazy things God wants to do in the lives of students. Here’s a few things I took away from the main session speakers Jamey Dickens and Jon Acuff: END_OF_DOCUMENT_TOKEN_TO_BE_REPLACED 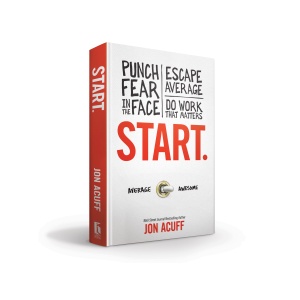 If you’re reading this blog, I can’t tell you how grateful I am.

I just wish there were more of you.

Look, I realize I only started this blog a couple months ago. I realize I’ve only written 60 posts or so. I realize it takes years, decades even to grow a following.

But I want more than a dozen people to read this blog every day. And I want that right now. I want it today.

Doubt is a pain too lonely to know that faith is his twin brother. – Khalil Gibran, poet

What do you doubt about God? If you have any faith in God, you surely wrestle with doubt as well.

In a world where innocent Marathon runners and spectators become terrorist victims one day and innocent plant workers become victims of an explosion the next, doubt creeps in about a loving God.

What kind of God does this to His people? What hope is there in this world? What do we have to cling to?

The doubt in our heart is nothing new. The stains of doubt are never fully washed from our cup no matter how powerful our faith is. For as long as people have had faith they have wrestled against doubt. 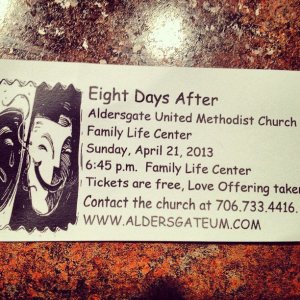 Take Thomas for instance – the doubting disciple. For the past few weeks I’ve been rehearsing for a play called “Eight Days After”. The play is an exploration into the mysterious appearances of Jesus after His resurrection and how they affected the people He once knew. END_OF_DOCUMENT_TOKEN_TO_BE_REPLACED

Want to know why the Harlem Shake is so popular that a new version appears on Youtube more often than a new baby is born these days? (I didn’t fact check that, but I’m willing to stand by it.)

Because we’re ok with being average.

Look, I’m not judging anyone for creating a Harlem Shake video. In fact I just participated in my first one this weekend. I’m in the back somewhere. I promise.

But the Harlem Shake phenomenon encourages us to just be average. And being average sucks the life out of you. END_OF_DOCUMENT_TOKEN_TO_BE_REPLACED