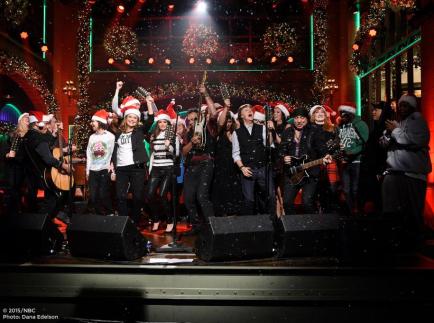 After Bruce Springsteen and the E Street Band finished their second performance on SNL this past Saturday I was fairly disappointed.

Don’t get me wronged – The Boss and the band put on a couple of great performances of songs from their new box set celebrating the 35th anniversary of “The River” (a great Christmas present for the Bruce Springsteen fan and blog writer in your life).

On any other night I would have been elated to hear performances of “Meet Me In The City” and “The Ties That Bind” live on Saturday night.

The only problem was this was the Christmas show.

If you put Bruce Springsteen on national television in the month of December there’s an expectation – an expectation that you’ll get to hear an iconic holiday song.

Springsteen is of course the artist behind two absolute Christmas classics – “Santa Claus Is Comin’ To Town” and “Merry Christmas Baby”.

I wasn’t expecting to hear both on Saturday night. One would have been fine. But it looked like we weren’t going to get either.

Yet when 12:55 am came around, and Bruce was on the stage with a few special friends – the hosts, the cast, and oh yeah Paul McCartney.

Even though this is a not-at-all religious Christmas song, the epic performance still reminded me of something about our Lord’s entrance onto the stage of life. If you’re feeling low on Christmas spirit today, then maybe you could use this Monday Morning Music.

When Jesus came onto the stage his arrival should have been expected. It was foretold through the ages. Yet it came as a surprise to many.

When His song began to cry out from the manger it wasn’t just a solo affair; it was an invitation for some special guests to join Him.

Some wise men were the first. A dozen apostles joined the band later. And after all these years of performances the invitation is still open.

The song of Christmas is a call for each of us to not just observe the gospel in action but to be part of the story – to join Jesus in the scene, be transformed by His presence and be part of His ministry in this world.

As we do so we ought to have the same joyful expressions as the SNL cast did when they joined Springsteen and McCartney. Just look at the smiles on the video as the SNL cast sing and dance on the stage with two of the greatest musical icons of all time.

They’re celebrating an incredible moment being in the presence of something truly special. That’s exactly what we should be doing when Jesus calls us to join Him.

Let’s not take that for granted this Christmas. As we sing about how “Santa Claus Is Comin’ To Town” let’s not lose sight of the true arrival we’re celebrating and what it means for us.

Jesus’s arrival is also an invitation to join Him on the stage of life. It ought to cause an incredible glee in our hearts that we get to sing along with the greatest artist of all. 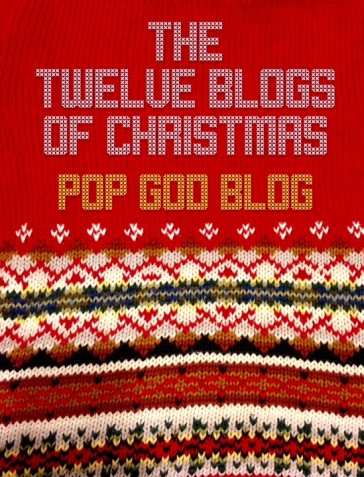