I’m kind of done with football at this point.

Between deflated footballs and ridiculous press conferences and domestic violence and post-concussion syndrome, I’m honestly ready for this season to all be over with.

Yes, I’ll be watching the game on Sunday, just for the grand spectacle of it all. But I don’t really have the heart to write anything football related right now. (If you’d like to read something like that I have done it before.) 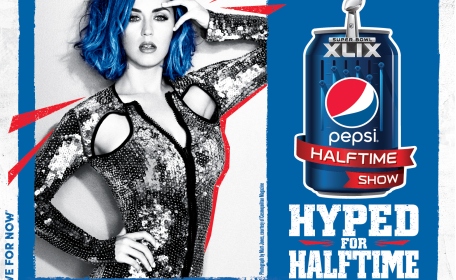 So instead of writing a piece on the big game, I’m going to focus on something far less upsetting: the Super Bowl Halftime show.

This year Katy Perry will perform in front of the biggest crowd of her life. Between the 70,000 or so in attendance at University of Phoenix stadium and what will likely be a record audience watching on television and online, the “Roar” singer will be placed on an incredible platform for arguably the most important 12 minutes of her career.

You might think it’s a pretty special award for Perry to be able to perform on the halftime stage. After all, she is one of the most recognizable pop stars in the world just 7 years after her breakthrough hit “I Kissed A Girl” placed her in the public eye.

But you would be wrong.

Performing the Super Bowl Halftime Show is not an award. It’s an audition.

At first glance performing on the Halftime Show seems like a reward for a hugely successful career, the pinnacle for the modern pop star.

The truth is there will be millions of people watching the Super Bowl who have no idea who Katy Perry is.

Every age group, every ethnicity, every background in America will be watching the game this Sunday. As big a hit as “Firework” is, Perry’s performance of it at halftime will be the first time half the audience has ever heard it.

That means this performance is not simply a victory lap. It’s an audition before a global audience.

It’s the first time many in the audience will see her perform. It’s an opportunity to make an entirely new legion of fans.

It’s a short opportunity too. Most halftime shows only last about 12 minutes. That’s really only time for 3-4 songs, 6-7 if you come up with some sort of medley.

So how do you make the most of a halftime opportunity? And what does a Super Bowl Halftime show have to do with you?

I think we all have our own personal halftime show opportunities. This can be any moment when you have a chance to audition for something on a larger stage.

For some it’s a job interview. For others it’s a guest post on a website or in a major publication. Any kind of pivotal moment where you’re temporarily placed on a bigger stage in front of a brand new audience with a chance to sell them on yourself, that’s a halftime opportunity.

I think if you work hard enough and long enough at something, you’re likely going to have at least one halftime opportunity in life.

These aren’t just awards for a job well done. These are auditions for something greater.

So how do you make the most of halftime opportunities in life? Here’s 3 steps I’ve seen through the years to find success in this abbreviated moment:

Stick To Your Strengths: In 2009 Bruce Springsteen and the E Street Band took the stage at Super Bowl XLIII. It seems crazy to think that a halftime show would be the first introduction anyone had to the band.

But January 2009 is exactly when I first started listening to The Boss. I’d never been a huge fan. I was intrigued by his new album coming out that month though so I started to dive through his catalog. Then when I watched the Super Bowl I was blown away by the power of his live performance.

Springsteen is known for the unpredictability of his concerts, diving into deep album cuts to surprise hardcore fans. He would have been crazy to do that at halftime though. Instead he stuck with the classics like “Born To Run” and “Glory Days”.

When you get a halftime opportunity, it’s tempting to try something off the wall and different to impress your new audience. But Bruce knew what would work best. He stuck with what got him to the dance, and converted a new generation of fans in the process.

Share The Stage: In 2014 Bruno Mars broke the trend of musical legends performing at halftime. It was a bit surprising to see such a new artist get such a huge stage.

When you’re a new artist trying to make a big impression, you may be tempted to keep the spotlight to yourself.

Instead, Bruno Mars invited some friends on the stage – The Red Hot Chili Peppers – and brought the house down.

Collaboration with another talented artist doesn’t take away from your spotlight. It brings out the best in everyone. Next time you have a halftime moment, consider sharing the stage so you can learn from and benefit from the talents of your peers.

Use Your Time Wisely: In 2002 U2 wanted to make an inspirational statement to the world about the September 11 attacks at the Super Bowl XXVI Halftime Show. Knowing Bono’s fondness for soliloquies, this could have gone downhill quickly. A long speech, no matter how passionate, could have completely derailed a performance when you only have a few minutes to get your message across.

So instead of speaking from the heart, Bono stuck to his song and delivered his message in a far more powerful way.

A giant sheet unfolded above the stage. As Bono sang the names of every 9/11 victim scrolled across. Then in a final display Bono opened up his jacket to reveal an American flag stitched in. Even the most cynical of critics got a little emotional seeing this performance. It’s widely regarded as the best Halftime performance of all time.

It certainly wouldn’t have been if Bono had started preaching. Instead he got creative with the time he had allotted and made the most of it.

When you have a brief window to make an impression, you have to get creative with how you get your message across. Don’t think there’s only one way to have your voice heard when you have your halftime moment.

You may never get a stage as large as Katy Perry will at the Super Bowl. But if you keep pursuing what you’re passionate about, you’ll find yourself at your own personal halftime show.

Don’t see it as an award. See it as an opportunity. And if you stick to your strengths, share the stage and use your time wisely, who knows? You may just wind up winning over a whole new audience.