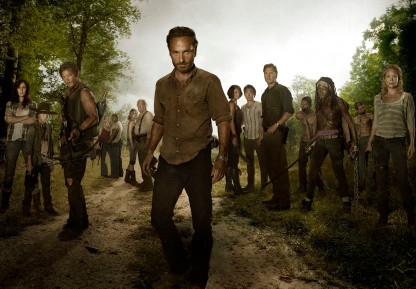 I used to watch “The Walking Dead” religiously.

The first season was one of the best I’d ever seen – suspenseful, surprising, and wildly entertaining. I could not contain my excitement for season two.

Then Rick Grimes and his crew showed up on Herschel’s farm. Everything went downhill from there for me.

I plugged along and kept hoping the show would return to the fine form of season 1. But halfway through season 3 I realized something.

I was becoming the audience equivalent of a walker – a television zombie.

I was not watching “The Walking Dead” anymore because I liked it. I was watching out of habit and hating myself for it.

This is not me trying to dissuade you from watching “The Walking Dead”. 16 million people still seem to be really enjoying it. If you’re one of those people, keep cheering on Daryl and the gang.

This post is me challenging you to not become a television zombie.

As someone who writes about pop culture, I don’t believe there is anything inherently wrong with enjoying quality entertainment.

The problem comes when our favorite shows begin to dip in quality. A show which once gave pleasure now becomes a chore to watch.

The episodes begin to pile up on the DVR. The familiar theme song which once produced chills becomes a death knell.

Why do we suffer through television as a chore? Why do we let tv bring us down? TV does not deserve this power.

Life is too short to be tied down by average television shows.

You don’t have 100 hours of your life to waste on things you don’t enjoy. Think about it: 100 hours is what you might spend in your life watching just one television show.

TV tricks us with serialization, producing a desire in the heart to see the complete story of a character we once felt an attachment and relationship with.

I mean really, how is a show like “Supernatural” still on the air? No show needs to last 195 episodes (and counting).

Fans still feel the need to see where the story ends. But if you’re not enjoying a show anymore, then it does not deserve your time.

Are there any tv shows on your season pass which don’t deserve to be there any more? Today is the day to end your relationship with them.

I did it with “The Walking Dead”. Not long after I also broke up with “The Amazing Race”, “The Celebrity Apprentice”, and “American Idol”. I haven’t looked back or regretted my decisions for a second. (I tried to quit on “The Office” after an astonishing dip in quality, but there was just one season left and nobody is perfect.)

Is there a tv show you’re watching out of habit you need to break up with?

6 thoughts on “Why You Should Break Up With Bad Television”