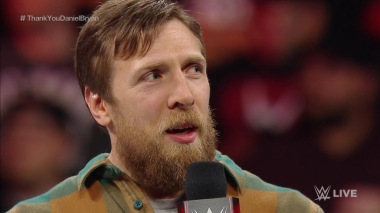 The Yes Movement came to a painful end last night.

The man who garnered global fame and success from his spontaneous chants of “Yes! Yes! Yes!” had to finally say “No” to his desires to go against doctors’ wishes and return to the ring after suffering a debilitating concussion last April. END_OF_DOCUMENT_TOKEN_TO_BE_REPLACED

Are you suffering from reboot fatigue?

It’s a new phrase for the current entertainment landscape where it seems you can’t get on Twitter without reading about a new reboot or remake of a classic TV show or movie.

You’ve seen the stories about shows like “Full House” (now redubbed “Fuller House”) and “The X-Files” coming back to our screens. Shows you didn’t even realize anyone cared about are being relaunched for a new generation to not really care about them all that much.

(Me? I’m just over here waiting for a new “Double Dare” series. Come on – we need more Super Sloppiness on our screens.)

Though I may be suffering from a little fatigue from reading about reboots and relaunches and remakes every day, that doesn’t mean they’re a bad thing.

You might say they’re just a side effect of our MORE MORE MORE binge watching culture. Instead of being satisfied with a great story we demand another and another.

But I think something deeper is going on. I think the reason we love reboots and remakes is because we are relational. END_OF_DOCUMENT_TOKEN_TO_BE_REPLACED 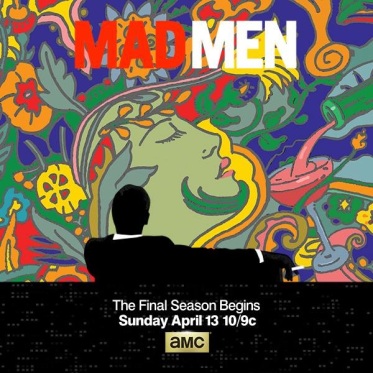 A lot of critics have been questioning this final season of Mad Men, as is their job. Seems like there’s been a rising tide of criticism that these last 6 episodes have not been up to the quality of the rest of the series.

One common complaint is that it seems like there’s no urgency to the story. Most people are wondering just what it is this final season and this show in general is all about.

For me this season it’s become fairly clear what Mad Men has been all about this whole time:

Mad Men is about the way Don Draper, and our culture as a whole, seeks meaning in meaningless things. END_OF_DOCUMENT_TOKEN_TO_BE_REPLACED 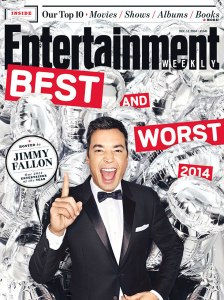 Jimmy Fallon – Entertainment Weekly’s 2014 Entertainer Of The Year. It makes sense now. Fallon has reinvigorated The Tonight Show with a sense of joy and clips that go viral on a regular basis. He’s righted the ship of NBC late night after 5 years of shakiness between Conan and Jay Leno.

But if I had told you 5 years ago that Jimmy Fallon would be the most beloved entertainer in America, you would have laughed harder than, well, Jimmy himself when he breaks up during a sketch.

Believe it or not Jimmy Fallon wasn’t a huge hit when he took over “Late Night” in 2009. END_OF_DOCUMENT_TOKEN_TO_BE_REPLACED 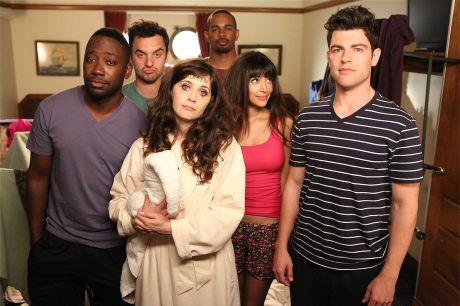 No – the show didn’t kill of any of it’s main characters. It didn’t end in some unpredictable cliffhanger. There wasn’t a game-changing revelation.

This may not seem like a show-altering move on the surface. Here’s why it was. END_OF_DOCUMENT_TOKEN_TO_BE_REPLACED 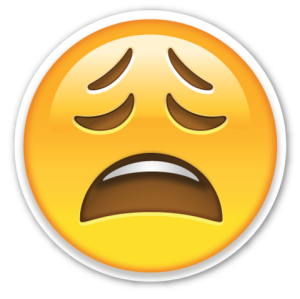 They are the worst sometimes.

They let us down. They break our hearts. Most of all, they pretty much just get on our nerves.

Lately though I’ve found a new trick for how to heal my relationships with people. It’s a simple sentence I read in a book I keep going back to called The Road To Daybreak by Henri Nouwen.

Nouwen says that when people let us down, make us angry, or just frustrate us in general we should remember these four words: END_OF_DOCUMENT_TOKEN_TO_BE_REPLACED

“Really, do people still go to the opera? Opera is still a thing? What am I doing here?”

All of these thoughts ran through my head this past Saturday night. My girlfriend and I attended the Atlanta Opera’s production of “Tosca”.

The opera was impressive, extravagant, and I must admit, entertaining.

Never in my life did I think I’d be writing a sentence like that. If you were to tell me two years ago I would soon become a regular attendee of the opera I would have believed you, only if you were referring to the soap opera of professional wrestling.

Then I met my girlfriend. She’s an opera student. She opened my eyes to a section of the arts I did not know was still vibrant and relevant.

So there we sat Saturday night, taking in a 3 hour opera performance.

This is not a post for me to brag about what a wonderful boyfriend I am for gritting my teeth, forsaking football and enduring the opera. I would be lying if I said I did not enjoy the entire experience of dressing up, drinking $9 champagne, and taking in the incredible Italian singing.

This post is just to point out sometimes you do crazy things for the ones you love. END_OF_DOCUMENT_TOKEN_TO_BE_REPLACED

Jerry Seinfeld would have made a great Young Life leader.

Can you imagine the talks he would give? “What’s the deal with forgiveness? Have you seen this? Have you heard about this?”

It’s not just the jokes Jerry would kill at. Jerry Seinfeld is really good at relationships.

For the past few months Seinfeld has been putting out a web series called “Comedians In Cars Getting Coffee.” The show is exactly what you think it is and is absolutely worth 15 minutes of your time.

Each week Jerry phones up one of his famous funny friends, picks them up in a classic car, and picks their brain over coffee.

I’ve never not laughed during an episode. The wisdom from legends of comedy like David Letterman, Larry David, and Don Rickles is valuable for anyone in entertainment, business, or even ministry.

In between the laughter and the glamour shots of Lamborghinis and latte art, what I really take away from each episode is just how simple relationships have to be.As Chris Rock put it in his chat with Jerry, “Everything is about company. A gourmet meal with an [jerk] is a horrible meal. A hot dog with an interesting person is an amazing meal.”

Jerry Seinfeld, unsurprisingly, is really comfortable at talking with people. His conversations with comedians are at once light and deep. It’s something Jerry Seinfeld has in common with Jesus. END_OF_DOCUMENT_TOKEN_TO_BE_REPLACED