You knew it would happen.

As soon as the news broke of “Duck Dynasty” patriarch Phil Robertson’s controversial interview with GQ, you knew what the reaction would be.

No, I’m not talking about A&E suspending Robertson from his hit show.

I’m talking about the thousands of pastors across the country who started scrambling to rewrite their Sunday Morning Sermons.

I just have a feeling churches, especially across the southeast, are about to get an earful about what a reality television family’s religious stance means for our country and the church as a whole.

Pastors, may I ask one small request of you? Could you please pledge to avoid pop culture commentary from the pulpit?  END_OF_DOCUMENT_TOKEN_TO_BE_REPLACED

The Doriot Family Nativity Scene was a war zone.

Every year my parents put out a handmade wooden Nativity scene. There’s a swinging fence, hay on the ground in the barn, a reverent recreation of the first Christmas.

And every year I couldn’t help but desecrate it.

The first thing I did when the Nativity Scene came out of the attic was hijack it to use with my wrestling figures. The barn became the backdrop for an epic wrestling match. I called it the annual Christmas Clash.

The Christmas Clash was the centerpiece of my make-believe wrestling federation – the biggest card of the year, my own personal Wrestlemania. For some reason I loved having this beautiful barn as the setpiece for my miniature grapplers to have their most important matches.

The baby Jesus sat in the background and an angel looked down overhead as Shawn Michaels and Diesel wrestled all around. This is what I turned the Christmas story into as a child.

What have we turned Christmas into?

The mission of POP GOD has been to seek God in the present tense of pop culture. You would think it’d be easier than ever to see God’s presence in pop culture during Christmas. But Christmas has become less a celebration of the arrival of a Savior and more of a pagan holiday celebrating generic platitudes like giving and happiness and togetherness.

God has allowed us to redefine our worldly celebration of the birth of His Son in many different ways. Still, if you look closely, you can see the spirit of Christ amongst the masses. Just as the baby Jesus was present in my Nativity Scene Smackdowns, the Lord is present in the pop culture of Christmas.

So this season on POP GOD, I don’t want to ask the question of “Where is God underneath the wrapping paper?”

Instead, I want to ask, “Where is God in the wrapping paper?”

I used to think I was being blasphemous with the way I used my wrestling figures. Now I think I was just embodying what Christmas is all about – the presence of the Lord descending into our everyday lives.

As a child though, I relegated the savior to the background as my wrestling figures brawled before His birthplace. This year on POP GOD, we’ll be celebrating the presence of God in the midst of every aspect of Christmas in pop culture.

(If you don’t want to miss anything, enter your email address in the box on the left side of the page to subscribe to POP GOD and have every new post delivered to your inbox.)

Christmas does not mean what it once did. God’s presence is in the background of how the world celebrates the season. But He is still there – if only we will look.

Did you ever misuse your family’s Christmas decorations as a child? What’s an unusual place you’ve seen Jesus at Christmas? Leave a comment below and join the Christmas conversation:

Pop culture confession time: I am one of the last people in my generation who has never seen or read the complete Harry Potter saga.

It’s not because I think the series is demonic or promotes witchcraft or any moral reason like that. I actually did start reading the series about 13 years ago.

In fact I was the first kid in my class to get behind the books, introducing them to many of my friends. My mom saw them in a book catalog and brought the first one home to me.

I was hooked. I devoured the first three books. I even ordered the fourth book from overseas before it was released in the U.S. I was a megafan.

Then there was a gap between the fourth and fifth book. From what I remember this is when Potter-mania really started catching on in America, at least around the people at my school. Now seeing another person with a Harry Potter book was not strange; it had become the norm.

The first Harry Potter movie came out around this time too. And this was the beginning of the end of my fandom. I had great expectations, and to me that first movie did not ignite the same spirit as the first book did. I was sorely let down. END_OF_DOCUMENT_TOKEN_TO_BE_REPLACED 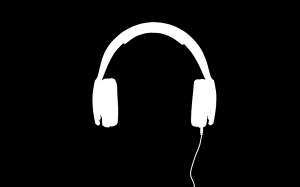 Does God still speak to us?

The last book with His mark on it, the book of Revelation, is almost 2000 years old. That’s not very Pop Culture friendly.

Pop Culture is of the moment. Rarely does Pop Culture have a lifespan of longer than 6 months. Pop Culture is transient and fleeting. It is rapidly evolving, growing, and fading with every tweet, every post, every new message and medium.

It would be easy to dismiss the Bible as an outdated book and the main character of God as an antiquated invention. After all, when was the last time you read any other 2000 year old book?

So after finalizing the Bible, has God really been silent?

I don’t think so. I think we just have a hearing problem.

Through His creations and their creativity the Creator is reflected and His voice is heard.

God makes himself visible in every moment. He is, as Ephesians 4:6 says, over all and through all and in all. He uses stories to draw us closer to Him. He can use the Pop Culture of our world to reveal truths about Himself to us. If only we would look.

There is plenty about God that is not easy to understand (sorry, Book of Leviticus).

There is also an abundance of truth about God waiting in the world around you. It’s there in Pixar movies and Bruce Springsteen songs. It’s there in WWE matches and 80s sitcoms. God’s presence exists in the present tense, speaking to you.

POP GOD is not an endorsement of every aspect of pop culture. Nor is it necessarily an endorsement of all the aspects you see on its pages. POP GOD is an exploration into God’s presence and voice in the most present and vocal avenues our world uses to communicate.

For God is timeless. He exists in time and out of time. And He is present in the now. He is just as alive and vibrant and vocal today as He was 2000 years ago and He will be 2000 years from now.